An inspiring, intense and empowering course running for a second time with Vivian Gladwell and guests.

This 4-week intensive residential course is for anyone interested in exploring clowning either professionally or for personal reasons. Professionally, clowning might lead to performance work or as clown facilitators . The course may also be of interest to anyone wishing to use clowning for more personal reasons such as alongside teacher training (i.e. clowning courses are now recognized as modules for the Bachelor, Masters and International Masters courses at the teacher training centers for Waldorf teachers which means their schools can finance the courses)

This course will take participants from Level 2 to Level 5 of the Nose to Nose curriculum including some voice work from David Goldsworthy of Roy Hart Theatre, France.

The prerequisite is to have followed Clown 1 before attending this course.

Vivian is the founder and director of Nose to Nose and has given hundreds of workshops around the world. He lives both in the UK and France where he started clowning in 1978. He speaks French and English fluently.

Vivian began teaching in 1988 as part of the Lifeways Festival at Emerson College – UK. He trained as a facilitator with the Bataclown in 1990 and joined their team in 1991 also working as a modern day Court Jester (Clownanalyst).

He created Nose to Nose UK in 1990, Nose to Nose of North America in 2006 and Fool View, the Social Clowning group and has trained facilitators in the UK, the USA, Germany and Italy – view history.

He continues his role as ambassador for the work by researching the applications of clowning in the context of teacher training, medicine, conflict management, ecology and intercultural work in many countries (South Africa, USA, Senegal, Vietnam, India, Malaysia, Italy, Germany, Norway…)

He holds clowning as a social playground for exploring our humanity. 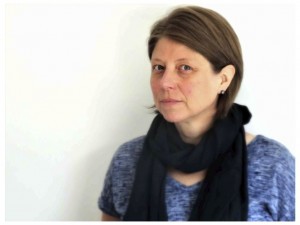 Alison participated in her first Nose to Nose workshop in 2000 and fell in love with the work. She has been facilitating Nose to Nose workshops for five years and holds this work in high esteem as the perfect grounding for all creative work, developing our potential for full self-expression and the bigger picture of trusting ourselves and life.  A member of the Nose to Nose Team, UK, Clown facilitation has also taken her into training work for the Giggle Doctors, Theodora Foundation, UK and for Lis’n Tell Speech and Language practitioners UK. Alison speaks both English and French and is a qualified teacher. 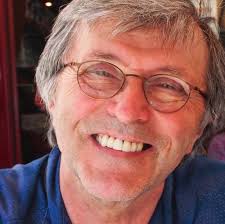 David Goldsworthy joined ROY HART in 1969 and was director of the Roy Hart Centre in France for many years. The central elements of his teaching is to free the voice through exploration and improvisation.

“I believe that voice teaching is a way of meeting, of exchanging and of mutual learning. In my view there are no good or bad singers! Vocal virtuosity is not the ultimate aim of the work. It is important not only to develop the voice, but also to develop oneself through the voice. In order to evolve vocally and artistically I believe it is necessary to make friends with one’s weaknesses and to integrate the physical and mental disciplines which give freedom to the imagination and to creative expression.”

David Goldsworthy was born in Newcastle 1945. He always loved music (especially jazz and blues, folk singing, rock and roll!), but studied engineering at Manchester University (where he sang and played sax and harmonica in a blues band). He wanted to become a photographer and worked for 2 years in the oil fields of the North Sea and in Libya to earn the necessary money to continue studying. At the same time as he began photography, he met the Roy Hart Theatre, and his life changed radically. He became totally engaged with the RHT, the voice work, theatre, and the life of the group. He has lived for the past 48 years focussing on the development and transmission of the vocal and theatrical work of the RHT in France and abroad.

He speaks English and French.

You can find his full CV at: www.diapason.com